END_OF_DOCUMENT_TOKEN_TO_BE_REPLACED

For some background, read these:

A Critical Mistake in the UU World

Now, the issues dealt with in those blog entries are being rehashed yet again in a UU subreddit.

END_OF_DOCUMENT_TOKEN_TO_BE_REPLACED

I expect this to be my final blog entry ever referring to the notorious backstabber Wahid Azal. Previous blog entries dealing with him are as follows.

Baha’i government would be totally tyrannical

(Azal made a couple of comments there)

Baha’is must reject the Guardianship!

(He made several comments there.)

Another Battle with a Haifan Baha’i, this time on Blogspot

Another Baha’i picks a fight with me on YouTube

A Podcast/Interview featuring myself and Wahid Azal

END_OF_DOCUMENT_TOKEN_TO_BE_REPLACED

THE HAGUE (Reuters) – Equatorial Guinea argued on Monday that a luxury mansion in central Paris used by the son of the country’s president was protected by diplomatic immunity when it was raided by French authorities in 2012.

The case at the International Court of Justice is seen as a test for the limits of the 1961 Vienna Convention on Diplomatic Immunity, which shields government officials from prosecution abroad.

Equatorial Guinea launched the case in 2016 after the residence of Teodorin Obiang on the grand Avenue Foch was raided as part of a corruption investigation that resulted in a conviction for embezzlement, confirmed last week.

The conviction came after a collection of 25 supercars he owned, including a Ferrari Enzo and a Bugatti Veyron, were confiscated by the Geneva prosecutor’s office under a deal ending a money-laundering inquiry. The cars fetched nearly 27 million Swiss francs ($27 million) at auction in September.

Obiang, 50, is the son of President Teodoro Obiang Nguema Mbasogo, who has ruled Equatorial Guinea, a former Spanish colony, for more than three decades.

A representative for Equatorial Guinea told the court’s judges on Monday that the luxury apartment, in one of the most expensive neighborhoods in the world, had been bought by the African nation in 2011 and was part of its embassy.

“France has refused to recognize the diplomatic pretext of the building under the false pretence it belongs to the private domain”, ambassador Carmelo Nvono Nca, Equatorial Guinea’s agent, told the judges.

In coming days France will present its side before the United Nation’s highest court for disputes between states. A ruling is expected later this year.

In earlier hearings the French argued Equatorial Guinea was attempting to shield Obiang, known for posting pictures of his glamorous lifestyle on Instagram, by retroactively adding his opulent 101-room home to its diplomatic mission.

Police raided Obiang’s residence as part of a corruption investigation, eventually seizing 100 million euros worth of assets including paintings by Renoir and Degas and another fleet of luxury vehicles.

Obiang was convicted last week by a French court of embezzlement of public funds and ordered to pay a 30 million euro ($33 million) fine.

Diplomatic immunity in any case is a concept by which officials representing a country are allowed to openly violate the laws of another country while living there.  It is a form of disrespect for the second country’s government and the people there that are subject to those laws. A basic standard of ethics and justice is that NO ONE should be above the law.

And this is not about some young idiot that didn’t know that he was doing wrong.

Obiang, 50, is the son of President Teodoro Obiang Nguema Mbasogo, who has ruled Equatorial Guinea, a former Spanish colony, for more than three decades.

Being 50 myself, I know damn well if I were not the son of a ruler who has been in power for far too long, there would be no question of me being imprisoned for my crimes. This case angers me too!

I hope the International Court of Justice rejects this appeal and ultimately abolishes the concept of diplomatic immunity completely. And also that the people of Equatorial Guinea themselves rise up and force their corrupt leader into retirement, and also prevent his son from ever ruling. Sheesh!

One of the most commonly held misconceptions about the man-made global warming hypothesis is that temperatures must increase every year and evenly over the world. No one knowledgable about climate issues would seriously claim that, so it’s an obvious strawman.  The question is, why do temperatures fluctuate so much and does global warming explain this? Indeed it does!

END_OF_DOCUMENT_TOKEN_TO_BE_REPLACED

Here’s a story that emerged in the wake of Kobe Bryant’s tragic death in a helicopter crash last month. Among those killed with him was his 13 year old daughter. 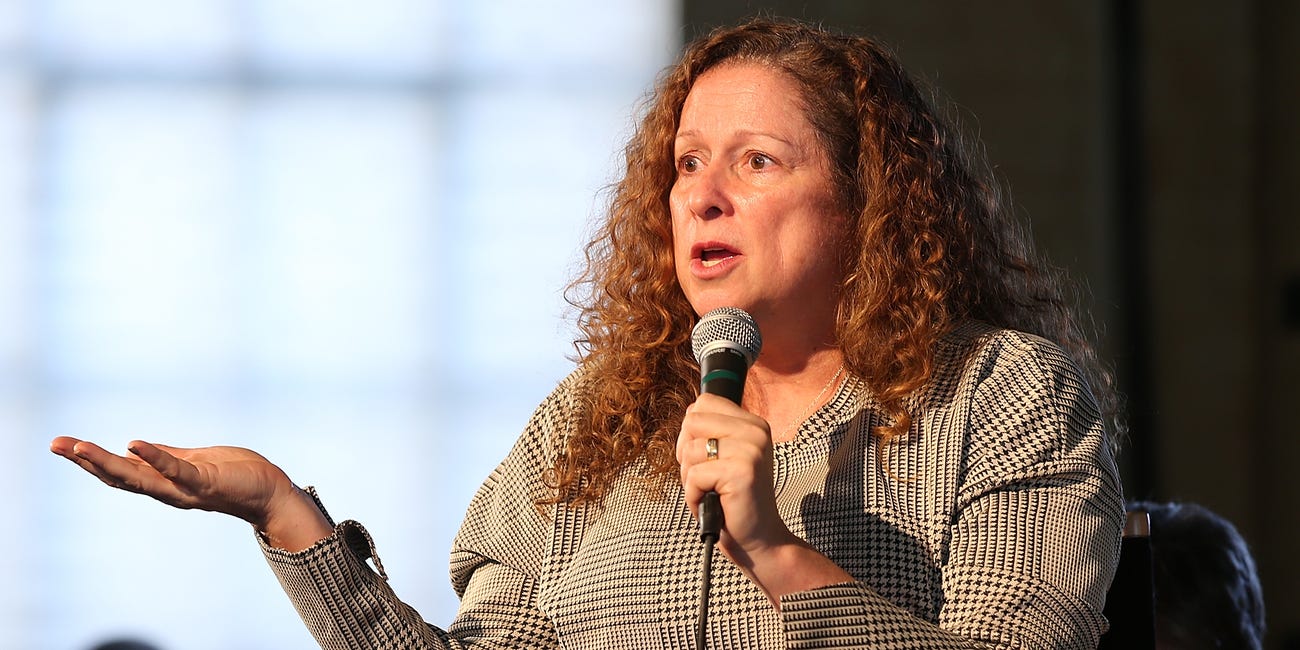 Disney heiress Abigail Disney addressed the rape allegations against late NBA star Kobe Bryant in a 24-tweet thread on Saturday that urged people to avoid turning Bryant into a god.

The 60-year-old, who is the granddaughter of Roy O. Disney — a cofounder of the Walt Disney Company — had in a tweet January 29 shared an op-ed from the Washington Post about allegations Bryant faced some 17 years ago, writing “The man was a rapist. Deal with it.”

On February 1, the Disney heiress, who has a net worth of over $120 million, doubled down on her previous statement, offering new commentary on Bryant, who died January 26 in a helicopter crash in Calabasas, California.

“OK, time to bite the bullet and say something,” Disney said when she began her Twitter thread early Saturday morning. “If you don’t like it, just stop following. First of all, yes, it IS my business because I’m a woman who has herself been assaulted and spent my life knowing, loving and feeling for women for whom it’s been so much worse.”

At the onset of the thread, Disney offered praise for Bryant amid her discussion of the rape allegations, noting that a person can do both good and bad things in their lifetime. “I mourn Kobe too,” she wrote. “He went on to be a man who seemed genuinely to want to do good. The face[sic] that he raped someone does not change any of these other facts.”

As The New York Times reported, the allegations stem from Bryant’s 2003 a trip to Colorado for an operation on his knee. Byrant reportedly asked a concierge at the spa where he was staying for a private tour. Following the tour, he invited her to his room where they began kissing. Bryant had said what followed was consensual sex, though his accuser said she was raped.

Court documents revealed the woman had bruises on her neck and tears on her vaginal wall, The New York Times reported. While the case never went to trial, reportedly over the accusers’ refusal to testify, a lawsuit between Bryant and the accuser resulted in an undisclosed settlement.

Bryant later apologized to his accuser.

“Although I truly believe this encounter between us was consensual,” he said in a statement, “I recognize now that she did not and does not view this incident the same way I did.”

Disney went on to compare the allegations against Bryant to a drunk driver killing a person. “Does his lack of intention absolve him of responsibility for the death?,” Disney asked. “If he said he wasn’t that drunk or didn’t know he was drunk, or didn’t mean to kill the person, or is really really really sorry, does any of this absolve him?”

“Of course not,” she added in the next tweet.

There has been a flood of discourse since Bryant’s death over whether his 2003 rape allegations should be revisited as the world mourns the basketball star’s tragic death. The Washington Post received backlash when it suspended a reporter for sharing an article about the 2003 case on Twitter after Bryant’s death. The DC newspaper would later walk back its decision to suspend the reporter, saying her tweets did not violate WaPo policy. Still, it said her tweets were “ill-timed.”

The reactions to Disney’s two-dozen tweets were largely negative.

“Breaking: bored heiress of a multimedia empire has nothing better to do on a Wednesday because her life is completely empty & meaningless,” one Twitter user said in a tweet that was retweeted more than 120 times.

Not all of the reactions to Disney’s thread were negative, however.

“What a thoughtful thread,” one person tweeted. “Thank you for writing it. I have seen the way that fierce emotional identification and defense of abusive behavior can happen with sports figures.”

Abigail Disney did not return Business Insider’s request for comment.

Here are my responses to that story: