So here is season two, which is a work in progress:

And here are some details about the characters so far…..

Debbie Smith: Now 15 years old, she is still best friends with Carrie but started a new romance with Laura Park after a brief period of alienation from Carrie. She then tried to have a three way relationship with both of them, but ultimately chose Carrie and broke up with Laura.

Appearance from episodes 16 to 60. 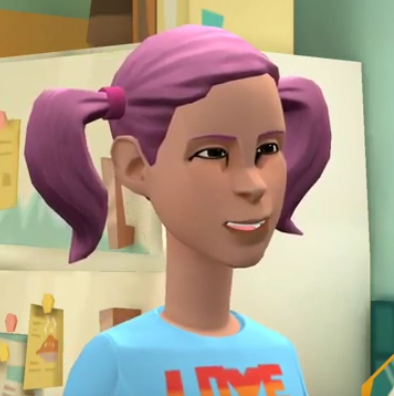 Carrie Sims: Also age 15, she agreed to end her romance with Debbie and then began dating Jason Laker, but he wasn’t ideal for her, so she kept looking for a lover that could make her as happy as Debbie did. And in the end…..she returned to Debbie. 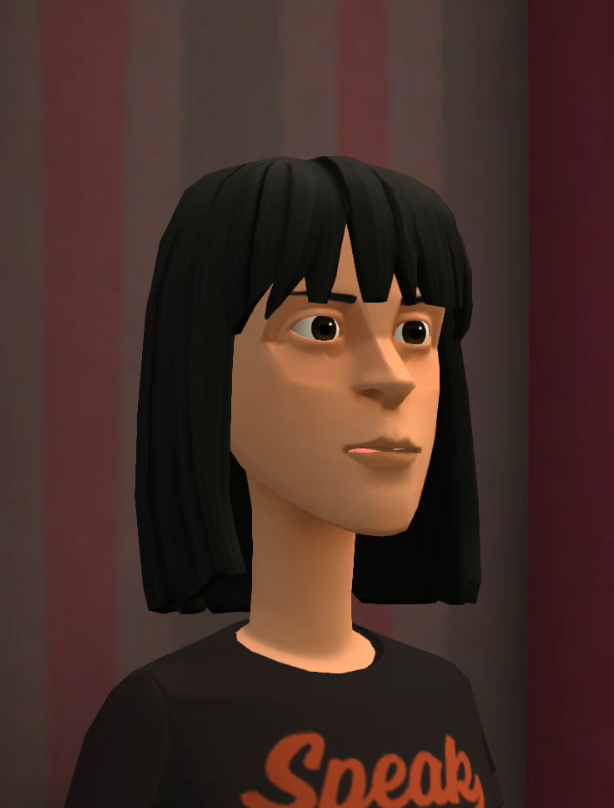 Appearance from episodes 19 to 59.

Barbara: Once Jessica Sims’ love partner back in Boston, their relationship was destroyed due to Barbara’s alcoholism and abuse of Jessica. She later became a Jehovah’s Witness in order to stop drinking and give her life a new purpose, only to have her faith derailed when she met Lucy Sims, Jessica’s wife and herself an ex-Jehovah’s Witness. 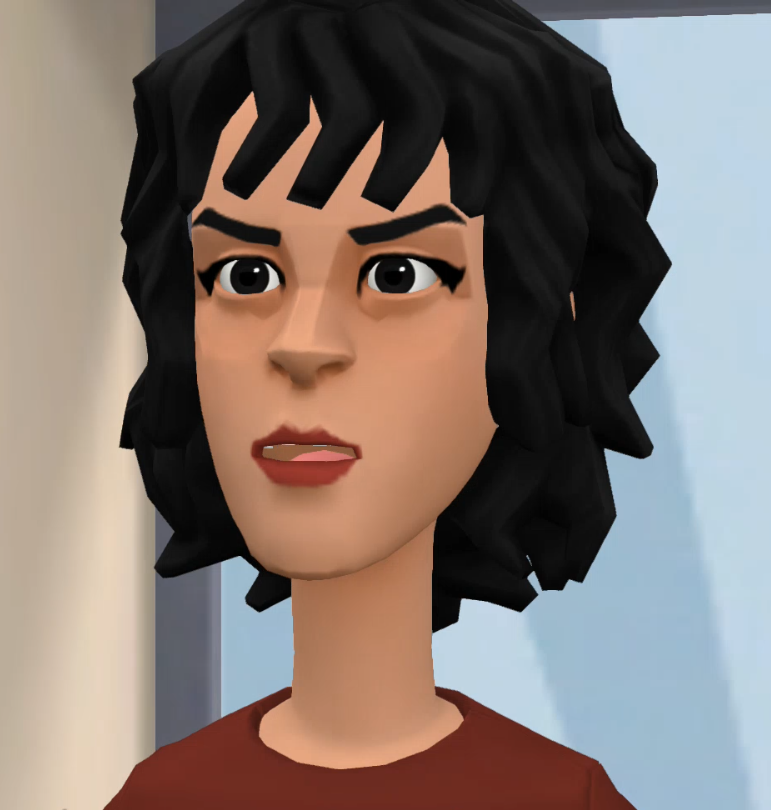 Ted: Barbara’s fiance, it was he who converted her to the Jehovah’s Witness’ cult when her life was in ruins due to her alcoholism. He took advantage of her weakness to enslave her mind and even convinced her to marry him. When she finally rejected him, he began to abuse her, thus proving his love was really shallow.

Laura Park:  Once an enemy of Debbie and Carrie because of her strong Baptist beliefs. She later realized she was a lesbian and eventually changed her beliefs, falling in love with Debbie and becoming friends with Carrie too. After Debbie broke up with her, she went to Hollywood to become an actress.

Dr. Martin Lessi:  Carrie’s genetic father, he was finally able to meet Carrie after his wife persuaded Jessica Sims to permit this.

Jessica Lessi: Wife of Martin and mother of his five year old twin boys. Her curiosity about Carrie led her to contact Jessica Sims, despite Martin not wanting this at first.

Rev. Dave Owen: Not learning from his earlier defeats, he had the building of the church he once was pastor of burned down, only to be arrested and imprisoned for that crime.

Jack Watson: He was the manager of a nightclub owned by Rich Smith. After Sandy Smith acquired the club, he offered to work for her, but also suggested she contact another club owner and see if he wanted to buy it. She sold it to that other owner. Jack was also a petty criminal, specifically a drug dealer.

Even Evil Has Standards: When Jack was offered $500 by Rev. Owen to burn down Owen’s former church, he not only refused the offer, he then went to the police after the church was destroyed and identified Owen as the mastermind of the plot. When Owen was jailed, Jack was waiting for him…….and promptly beat Owen up!

Officer Kelly: A member of the police department in the town, she had the unpleasant duty of dealing with Dave Owen.

I have used Plotagon to make another series of videos. This one is made to criticize the Jehovah’s Witness cult.

The video series is titled Race and Being a Witness. It is a direct sequel to Atheists and Lesbians Fighting for Rights in Town.

This is a direct sequel to Jehovah, the Homophobe.

For reference, here is the video again:

What if the mother and daughter in that video had been atheists and not Jehovah’s Witnesses? Let’s rename the children and retell the story.

Debbie: “Look, Mom! I drew our family in school today!”

Debbie: “Carrie drew two mommies. She said they are married to each other. My teacher rejected her picture, saying Carrie’s mommies are living in sin. That made Carrie cry. What does that mean?”

Mom: “Your and Carrie’s teacher has a common view of gays and lesbians as sinners or even diseased because of their sexuality, but that is based mainly on religious bigotry. Thousands of years ago, when most of the world’s religions were being founded and spread, most people lived in tribal groups. Marriages were usually not just relationships between individuals, but also alliances between families or even nations. So fathers would often arrange for their children to marry members of other families and then those children would be expected to produce the next generation as adults. But the problem was that gays and lesbians couldn’t have children with each other, so they were useless for procreation. Because the founders of the great religions and the writers of the scriptures of these religions mistakenly believed that people could choose their sexuality, harsh punishments were often called for in an effort to force young people to avoid being gay or lesbian and try to be straight instead. Today, we understand how foolish and ignorant those people were and that’s why prejudice against LGBT people is fading away.”

Debbie: “What can we do to help Carrie?”

Mom: “Her rights are being violated by the teacher. If they haven’t done so already, Carrie’s mothers need to consult a lawyer and try to take legal action against the school. Let me talk to Carrie and her mothers so they can know what to do.”

I’ve never been a Jehovah’s Witness (JW), but I think I can still relate to people that have left that religious group, having been both a Christian (Southern Baptist, specifically) and a Baha’i and rejected both faiths due to personal investigation of their claims and histories.

On YouTube, there are several testimonies by people that have left the JWs.

END_OF_DOCUMENT_TOKEN_TO_BE_REPLACED

Recently, the Jehovah’s Witnesses, one of the many Christian based cults founded in the 19th Century, produced an attractive and professional looking video with a clear message: Jehovah will not allow gays and lesbians into Paradise.

How do we know that Jehovah invented marriage for us? Why him and not some other god?

What if Jehovah told us to reject interracial marriage too? The Mormons have a book that condemns people with black skin!

What if Jehovah ordered us to kill anyone above the age of 65?

How do we know there is a Paradise for us to go to?

How do we know that gays and lesbians will be excluded from Paradise?

Indeed, how do we even know Jehovah exists at all?

We KNOW that gays and lesbians exist and that some of them are PARENTS.

Using one or more things that may not be real to attack things or people that are certainly real is irrational.

And making something cute to teach BIGOTRY is the worst kind of brainwashing!

It does not matter if you say, “God hates fags!” or if you say, “Jehovah does not approve of your gay lifestyle and he will love you more if you change.” Sugarcoated bigotry is still bigotry, period!