Read this story written and posted on Facebook by one of my friends. 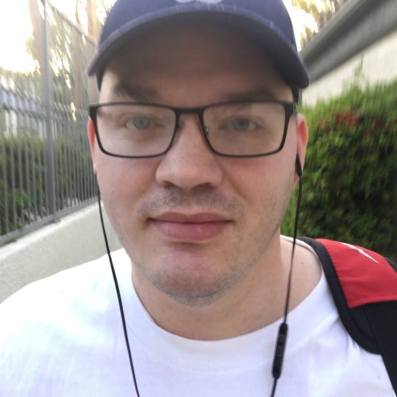 You have to have a certain kind of mind to put your finger on something that’s hard to understand. This isn’t easy for me to talk about either because it forces me to look back in my youth when I was as ignorant as I could be. I was very much a product of my southern white anglo-saxon protestant upbringing.

The first black person I ever saw was when we were on our way to Danville. I was 4 years old and we stopped for gas and I saw this old black man walking in. I followed him in and asked if I could touch him. He put his arm down and I asked, ‘does it wash off?’ He has a deep bass voice that sounded like a rumble, ‘Oh no, it don’t wash off.’

That was 1974 and that man must have been in his 70s or 80s. He had thin wrinkly skin and deep crevasses in his face. He was wearing dark blue bib overalls. I can hardly fathom what that man had seen in his life. He saw an agrarian society switch to an industrial society. The first road and automobiles. The first airplanes. Two world wars, jet airplanes. And more horror and depravity from the era of Jim Crow. I wonder what he made of a little white boy asking him that.

Danville is a railroad town where the poor white trash was on one side of the viaduct and the rich people lived in town. It’s a very beautiful place actually. Centre college is there where it churns out the children who will soon become the bourbon gentry.

There was an old country store about two blocks from my grandparent’s house. Pop kept a coffee can of pennies and when we were kids, we’d get the pennies and go get some candy. The root beer candy canes were my favorite. They were a nickel and there was about 20 jars full of candy. There was a RC cola bottling plant less than a mile away so they were just a quarter.

Garnet lived just across the street and he had some blue tick coon hounds that he would sell for over $1000 each and this was in the 70s. He shipped them to the Philippines strangely enough. If you’ve ever heard the commercial for Purnell’s Old Folk’s country sausage, the man in that video sounded exactly like Garnet. Garnet always smelled like tobacco because he chewed this stuff that came in a yellow package. My great grandmother also liked it. It was disgusting. One day my uncle Chuck came over drunk -as he always was- and sat down next to Garnet.

Chuck was just a hateful man. He hated everything. Nothing would ever work and he was always drunk. He had collected nazi flags, a couple of Rugers and a few Hitler youth knives he took off of Germans he killed in the Battle of the Bulge. He was the opposite of my Pop. Pop never took a drink of whiskey. He never yelled at my grandmother. Chuck is piss drunk and Garnet is sitting there and Chuck picks up Garnet’s spit bottle and takes a big swig of it. He started barfing and hacking. It was the funniest thing I ever saw until then.

I had already raided the penny jar and was bound to get my RC cola and some candy canes. So the store is only a block from Garnet’s house so he comes with us. I walk in and if you’ve ever been in a country store, you know that heavenly smell it makes. Like biscuits and candy all mixed together with old wood. I am eyeing the candy selection as I am gnawing on a bit-o-honey when I hear a big ruckus in the back.

‘GET THE GODDAMN HELL OUT OF HERE! Get out before I sick the dogs on ye!’ It sounded like a stampede running from the back to the front door. Four black kids go sprinting out. Mary was the old woman tending the store. She lived upstairs. She had a sweet southern accent.

“Mary you cain’t let these little N-words in heah!”

“They ain’t done nothing but get them some pop and candy like these heah.”

When you’re a kid, you don’t know when you’re being poisoned, that’s just the way it was. My Pop was as poor as those kids and he was just as ignorant as Garnet was. Pop only had one eye. He got kicked by a mule when he was just a kid. He would ‘slick up’ some bikes and give them to the kids, the black kids. People would bring him their old bikes to fix up for the kids. Garnet would come in and say, ‘Ed, Why you waisting your time fixing up them bikes for them little monkeys?’ He’d leave in disgust. Whenever pop wanted me to listen, he’d put his arm on my shoulder and lean in so just I heard him.

“I wasn’t nothing once just like them kids. They cain’t hep it that they’s poor.” Then he’d pull away and say, “You never know son, one of them might grow up to be Medowmark Lemmon.”

When Pop was a cab driver, the Harlem Globetrotters came through and broke down. He took them to the only hotel in Danville. This was in the early sixties.

The guy at the front desk told Pop he couldn’t let them stay.

So he did. They were in two station wagons. Cousin Arnie was driving the other cab. No hotels in Lexington either for the same reason. The two white guys with them got rooms after making a spirited protest. The alternator had gone out on their bus. Pop couldn’t pronounce Meadowlark so he was Meadowmark. His ‘main man’ Curly was poison with a basketball son.

Meadowlark said, ‘Well boys it looks like we’re sleeping on the bus. It was snowing bad by then.

My granny was a seamstress and her mother did nothing but quilt. So bedding was never an issue at their house.

“Oh no son, y’all gonna have to stay with me and Gerl.” Geraldine was my granny.

“It just wouldn’t be Christian of me to let you fellas freeze to death out heah.”

It was already past supper when Pop brought in the biggest men Granny ever saw. She has the best fried chicken there was in Danville ready and a mess of biscuits and gravy when they pulled in. So she had just been to the Piggly Wiggly and she fired up the skillets and proceeded to feed these men.

They were laid out on the floor and Lawd hab mercy, you never heard a ruckus like these fellas snoring.

Granny woke up at 5 am her entire life. So she went back to the Piggly Wiggly to get some more bacon for breakfast. 5 pounds of bacon, fried taters, eggs, toast and coffee were her standard breakfast.

Pop went by to get an alternator that would work on their bus and put it on for them. At this point in the story that I heard at least a thousand times, Pop would put his arm around me and say, “And that’s when Meadowmark pulled out his billfold and laid five $20 bills on me.” That was big money to Pop.

They came back a few years later when they were passing through just to have some of Granny’s cooking again.

There was a poor black kid from Akron who grew up to be something. He’s been married to the same woman. He has beautiful kids and he built a school for the poor black kids just like he used to be. He bought them uniforms, shoes and bikes so they can get to this beautiful school he built for them. Some people call him LeBron. Others call him King James.

This is what the President of these United States said about him.

“Lebron James was just interviewed by the dumbest man on television, Don Lemon. He made Lebron look smart, which isn’t easy to do. I like Mike!”

Dehumanizing people is the vulgarest tool every debased ignorant racist has used to inject their vile poison into the consciousness of any other dull-minded simpleton who is dumb enough to think they are better than Don Lemon or LeBron James. The difference is that the President is supposed to be the best of us. What Trump has proven over the last year and a half is that he is the very worst of us.

He defiles everything we are as a country and he is teaching children that it’s okay to dehumanize the very best of us because of the color of their skin. He has debased every noble notion that has made our country great. But what is most disgusting about that menace to society is that he is telling black children that two exemplary men they look up to are not worthy of praise even when they are celebrating opening a new school for kids just like them.

The damage that racist imbecile does is incalculable. When he dies, mercy grant it soon, the collective sigh of relief will echo off Jupiter.

This guy should be writing books! And I’d buy one!