The first time he thought about killing himself, Adrian Crawford was wracked with fear, shame and guilt.

He believed deeply in God but couldn’t shake the darkness that surrounded him. Did being plagued with depression and anxiety make him an inadequate Christian? He had tried everything he’d been taught in church – praying, reading his Bible, being anointed so many times “you could have deep-fried me in holy water.”

Nothing helped. But a part of him hesitated: If he killed himself, was he condemned to eternal torment in hell?

That was more than two decades ago, when Crawford, now 41, was a freshman at the University of Tulsa. Now, as the lead pastor of Engage Church in Tallahassee, Florida, Crawford speaks openly about his mental health struggles, including sharing them with his congregation. 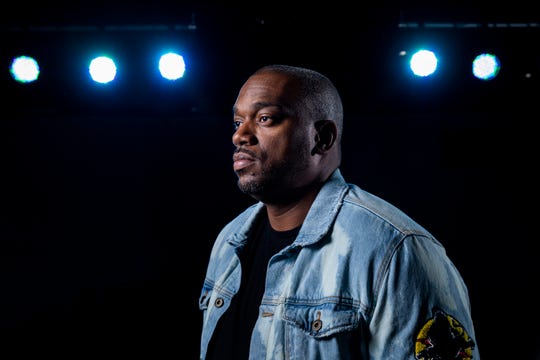 After the suicide Monday of Jarrid Wilson, a well-known pastor in the evangelical community, Christian leaders across the country are grappling with how to address and help believers struggling with depression and anxiety – including when those struggling are the ones leading the church. Recent decades have seen more churches embrace compassion and turn away from longtime teachings about suicide and the afterlife.

Suicide prevention experts: What you say (and don’t say) could save a person’s life

Suicide is a growing problem in the United States. In 2016, the federal Centers for Disease Control and Prevention announced that suicide had increased 30% since 1999 and that nearly 45,000 people took their own lives that year. According to the National Alliance on Mental Illness, suicide is the second leading cause of death among people ages 10-34, and one in five adults experience mental illness each year. Just 43.3% of adults with mental illness received treatment in 2018.

Wilson, most recently an associate pastor at Harvest Christian Fellowship, a megachurch in Riverside, California, had been transparent about his own mental health struggles, passionately advocating for churches to help those who were hurting. He co-founded a mental health nonprofit, Anthem of Hope, and frequently posted on social media about his own experiences.

He is not the first prominent pastor to kill himself: In August 2018, Andrew Stoecklein, lead pastor of the Chino, California, megachurch Inland Hills Church, took his own life a few days after preaching a sermon about his struggles with mental health. Both Wilson and Stoecklein were married with young sons when they died by suicide.

Tommy Givens, an associate professor of New Testament studies at Fuller Theological Seminary in Pasadena, California, sees progress around the mental health conversation within faith communities, particularly with the inclusion of psychology courses for those studying ministry.

“To Jarrid’s credit, despite how his life ended, him being honest about his struggles, especially for people from places of prominence, it changed the atmosphere around this conversation,” Givens says.

Givens says there’s evidence all over Scripture of people dealing with depression, hopelessness, a sense of defeat and doubting the existence of God. People suffering from mental illness need to know “this is part of the canon” and they’re not alone, he says.

Crawford put it this way: “The entire book of Psalms is basically the songs of a manic-depressive person, if you read it closely.”

Debating what happens after we die

Many Christian leaders say they are eager to bring mental health into sermons, but they worry about what they call “toxic theology” that can surround conversations about suicide, especially when that theology condemns people to hell.

For a long time, that was the teaching, according to James Hudnut-Beumler, a professor of American religious history at Vanderbilt University’s divinity school in Nashville, Tennessee.

For centuries, suicide was treated as a moral sin, Hudnut-Beumler says. The ancient Catholic Church, for example, took a two-pronged view: First, those who die by suicide have thrown away the soul that was given to them by God. Second, by killing themselves, they have taken away the opportunity that would otherwise be available to confess that sin and ask for forgiveness.

Hudnut-Beumler says many churches held on to this “well into the 20th century because they didn’t want to give anyone a nod or a wink that suicide is OK. They wanted people to work it out. However, with society’s growing understanding of mental illness and the terrible places that people’s minds can lead them, there is a growing pattern of theological reflection that says perhaps God can and will forgive what human beings will not understand.”

There’s more compassion for people suffering from severe mental illness, too, particularly as Christianity moved away from the belief that mental illness was caused by demons or evil spirits. Hudnut-Beumler says that while young ministers were often taught that suicide is a permanent solution to a short-term problem, there’s now an understanding that “for people inside the problem, it feels insurmountable.”

For years, Steve Austin, a pastor in Birmingham, Alabama, buried feelings of anxiety, depression and suicide. Sexually abused as a preschooler, he started to recover memories as a senior in high school, which led to severe panic attacks. He told no one of his past trauma.

“I had big dreams of pastoring a megachurch, and saving the world for Jesus,” he says. “How could I ever share my brokenness?”

Seven years ago, at age 29, he attempted suicide.

It was not, he says, a cry for attention. When he woke up, “I was mad as hell. I was furious to be alive.” 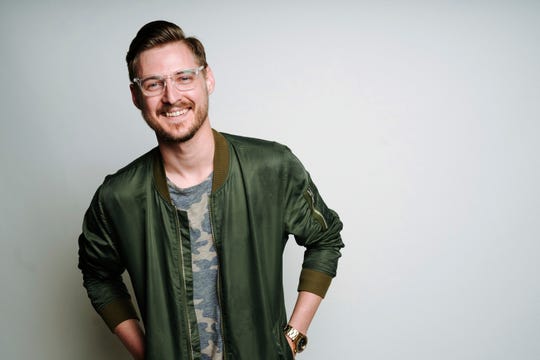 But now he tries to walk others through hopelessness. Austin got out of formal ministry and no longer pastors a church, but he still speaks to congregations around the South. He describes himself as part life coach, part spiritual companion. He wrote a book about his journey, “From Pastor to A Psych Ward,” available free on his website for anyone struggling.

And while he sees progress in the evangelical community when it comes to speaking frankly about mental health, “I long for the day when I can talk about my anti-anxiety medication like my dad talks about this cholesterol medication.”

Six years ago, Ed Stetzer, executive director of the Billy Graham Center at Wheaton College in Wheaton, Illinois, commissioned a study with LifeWay Research, an organization that helps church leaders conduct surveys. It found that 48% of Evangelical Christians believe mental illness, including depression and anxiety, can be cured purely by reading the Bible and praying more. Those numbers startled Stetzer.

“I think we need to talk about mental health like we talk about diabetes – it’s an illness,” he said. “What makes it unique is that pastors are supposed to be the helpers, not need help. They’re supposed to speak about the glory of life, not take their own lives.

“We have to get people to understand: It’s OK if your pastor struggles with depression, it’s OK if he or she has to be on medication. We have to get to a point where pastors feel like they can come out of the medicine cabinet and be honest.”

As evangelical leaders try to create a safe space for everyone – especially other leaders – to share their struggles, they’re also cognizant of gender and racial barriers.

Stetzer says every marriage book, Christian or not, talks about how men have a harder time than women expressing fears and pain. That means that part of faith leaders’ responsibility in leading the conversation around depression and anxiety involves acknowledging the gendered expectations placed on men and the problems that can bubble up because of that, he says.

For Crawford, who is a black man, having frank discussions about mental health first involves stripping away decades of stigma that have existed in communities of color.

“You have to understand that my father is a baby boomer who lived through the civil rights era and Jim Crow laws,” Crawford says. “In his world, you couldn’t show emotions as a black man or you could get killed. For black people in our country, it was just about survival. In church you’d hear so much about heaven because black people were already living through hell on Earth.”

As a result of that, Crawford says that from a young age, he and other African Americans were taught that depression and suicide were “white people problems”; they were not issues discussed within black families or black churches. There was a certain pride, almost, in being able to “tough it out,” which is what black people did every day in every aspect of their lives, Crawford says.

In 2019, a whole host of pressures can collapse on a person, including social media.

It’s easy to look at someone’s life on social media and play the comparison game. Pastors are guilty of that, too, Crawford says, and it can spiral quickly for a pastor already struggling with depression, anxiety and suicidal thoughts. Acknowledging that social media has been crucial in spreading the Gospel, he believes it’s key to also recognize its pitfalls.

Stetzer is planning a summit in early 2020 where evangelical leaders can talk about how to better help their congregations and other pastors struggling with mental health. He says those problems also need to be discussed more from the pulpit.

“We need more sermons, because sermons break stigmas – and they’re happening,” he says. “The bottom line is that the uniqueness of the pastoral role in this forces us to answer the question: ‘Why is this happening and how do we respond better?’ We’ve got a lot of work to do.”

When are most Christians EVER going to understand that being a Christian saves NO ONE, that often people live full and happy lives without any religion at all and certainly not one that claims to be the sole source of salvation and spiritual truth?! Depression and other forms of mental illness claim people whether they are religious or not.

We all need to grow up!