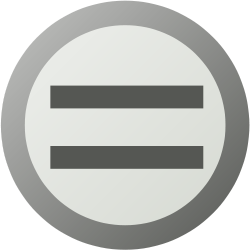 I believe that many people in the world have a neutral spiritual orientation. Such people have the following characteristics.

Such people, if raised in a multifaith religious group like the Unitarian Universalist Association (UUA), may choose to simply identify themselves as UUs and nothing more. If raised in a dogmatic cult like the Baha’i Faith, the Mormon Church or the Jehovah’s Witnesses, they may find themselves drifting away from such excessive social control once they reach adulthood, which is why these cults constantly seek new members to replace the ones they lose. The claim that they are trying to bring salvation to the world is merely the excuse they give for their obsession.

Seriously, parents need to STOP trying to “raise” their children in any religion, but tell them what the various options are so they can explore on their own once they approach adulthood.

For those who feel no strong attachment to religion, you can still express love and unity with others by finding secular causes to work hard for. What issues do you care about? What sort of difference do you want to make in the world?

The Union of Concerned Scientists? https://www.ucsusa.org/

People for the American Way?  http://www.pfaw.org/

Those are just a few examples of worthy causes. I’m sure you can find many more.

4 thoughts on “If your Spiritual Orientation is NEUTRAL…”