It’s no secret that as a progressive/liberal/leftist I bitterly despise most conservatives, seeing nearly all of them as hypocrites who deserve no respect at all. But there is one that I have noticed recently on Twitter that challenges that perception quite well and so he may indeed be the exception that brings redemption to conservatism as a philosophy. He is Joe Walsh.

But before I actually talk about him, read this first:

When a bad guy turns good. This usually makes for a good plot, for three reasons:

There are also various in-story motivations for the bad guy to make the turn:

Now on to our actual subject: 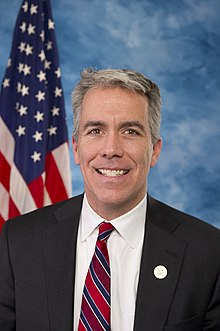 Born and raised in the Chicago metropolitan area, Walsh began his career as a social worker providing education and job skills training to students in low income areas, gradually becoming more politically active. Walsh had unsuccessfully campaigned for Congress in 1996 and the Illinois House of Representatives in 1998, but was elected to the U.S. House in 2010, defeating three-term incumbent Melissa Bean. Though he received little Republican Party support in his bid against Bean, he was popular with the Tea Party movement. In the 1990s, he identified as a moderate Republican, but he later became a conservative and a Tea Party activist.

During his time in Congress, Walsh was criticized for his often personal attacks against members of the Democratic Party and, specifically, President Barack Obama. He accused the president of abandoning the U.S.–Israel alliance and bankrupting the country. Walsh maintained a no-compromise approach to legislating that included rejecting any tax increases. He consistently voted against raising the federal debt ceiling and authored a balanced budget amendment to the United States Constitution. Walsh rejected the scientific consensus on climate change and supported tougher border control. Later, during his presidential campaign, Walsh expressed regret for some of the comments and stances he made during his time in Congress.

As a result of redistricting following the 2010 United States Census, Walsh’s district was redrawn by the Democratic-controlled Illinois General Assembly in 2012. While he initially planned to run in the newly drawn 14th district against fellow Republican Representative Randy Hultgren, he eventually decided to run in the remapped 8th district against Democratic candidate Tammy Duckworth. Walsh was defeated by Duckworth in the general election on November 6, 2012. After leaving office, Walsh began hosting a talk radio show. Though initially a strong supporter of Donald Trump, Walsh became increasingly critical of the president and, on August 25, 2019, he announced his presidential campaign. He dropped out of the race on February 7, 2020, after a poor showing in the Iowa caucus, and subsequently left the party.[2] He later endorsed Democratic candidate Joe Biden, who won the election.

Say whatever else you will about this guy, but he is not (anymore, at least) a liar. He just doesn’t seem to be a backstabber like so many others I could refer to.

And here are some of his actual recent tweets:

Some network executive for some conservative media outlet needs to have some courage to put someone on air who will finally tell conservatives some truth.

Until that happens, 40% of this country will remain lost.

It’s just so fucking pathetic that, after four years of Donald Trump, ANYONE is complaining about “mean tweets.”

When it comes to the virus, the vaccinations, the “when are we getting back to normal,” all I want Fauci & everybody else to do is such tell us the truth as they know it. Don’t lie, don’t paint rosy scenarios, don’t purposely lower expectations.

Just tell us the truth.

So today I called white supremacy evil and went after Tucker Carlson for once again denying its existence. Got pushback from most of my Trump-supporting followers. Same old story.

The podcast. The Joe Walsh Show (2-23-21) by SmartTalk Radio on #SoundCloud https://t.co/nVzqeXSgdc

This is no longer the fringe. This is now the GOP base: https://t.co/oFYD0jvVci

A political party can’t survive if it can’t tell the truth.

The election wasn’t “stolen,” and you really shouldn’t give the time of day to anyone who says it was.

Freedom first. Country before party. Tolerance for others. Always.

Hey Jr, @RepLizCheney has courage. Real courage. You don’t. And you never will. https://t.co/6vNUQh9UZ1

So according to John Cornyn, it’s ok for the President of the United States to promote wild conspiracy theories and bash people, but it’s not ok for the OMB Director. https://t.co/6SwKiD0bvC

I’m going to be watching him over the next few months, at least. And maybe listening to him too.

If he really wants to make a difference soon, I think he should join the Libertarian Party and build it up to overthrow the corrupted Republicans.