The United States of America uses a federal system of government that acts as a means of uniting the 50 states of the union. The states are still separate entities that have their own priorities.

The Unitarian Universalist Association uses its own federal model, but it does not rule over territories like a nation does. It is a religious institution.

Starting with the President of the UUA itself:

Office of the President in Administration

The Rev. Dr. Susan Frederick-Gray began her six-year term as president of the Unitarian Universalist Association (UUA) in June 2017. As president of the Association, she is responsible for administering staff and programs that serve its more than 1,000 member congregations. She also acts as principal spokesperson and minister-at-large for the UUA. Susan brings a strong focus on mission and strategic planning to her leadership at the UUA as it works to dismantle systems of white supremacy.

As president, Susan has emphasized that this is no time for a casual faith and no time to go it alone. She has represented the UUA in the 2017 Charlottesville protests against white nationalist violence, has worked in conjunction with the Poor Peoples Campaign on issues of poverty, witnessed at the US-Mexico border for immigrant justice, and partnered with local advocates to expand voting rights in Florida. In addition to her regular column in UU World, Susan has written for Vice, Sojourners and numerous local papers.

Prior to her election, she served as Lead Minister of the Unitarian Universalist Congregation of Phoenix, Arizona where she was a national voice for immigrant rights. Susan played a critical role in the long-term campaign to end the constitutional violations of Maricopa County Sheriff Joe Arpaio.

Susan is a life-long Unitarian Universalist with roots at Eliot Chapel in St. Louis, Missouri. During her time at Harvard Divinity School, she served as Student Minster of Religious Education at the Winchester Unitarian Society (1991-2001). Susan also served as Intern Minister and Sabbatical Minister at the First UU Church of Nashville, TN (2001-2003) and served for five years as Minister of the First Unitarian Universalist Church of Youngstown, OH (2003-2008). Prior to ministry, Susan worked briefly in the field of genetic sequencing following her Bachelor of Science in Molecular Biology from the University of Wisconsin, Madison.

Susan is married to the Rev. Brian Frederick-Gray, a minister with dual fellowship with the United Church of Christ (UCC) and the Christian Church Disciples of Christ (DOC). They live in Cambridge, Massachusetts with their teenage son and family dog

I wrote an open letter to her shortly after she was elected. So far, I have had no complaints about how she is managing things at the Boston office.

Next we have the leadership of the Unitarian Universalist Christian Fellowship.

Welcome!  Wherever you are on your journey, whatever you’ve done, whoever you’ve been, however you’ve stumbled, you are welcome here.  Jesus shared a gospel of liberation–of open-hearted compassion, and creative union.  You may have heard otherwise. You may have heard about Jesus from someone whose words were cloaked in storm-clouds and fear.  But maybe this is a time when you can look again, and begin to trust again in the love that is bigger than we can even imagine, at the heart of the universe.  And in the life of the one whom we at the UUCF follow.  Welcome.  You are not alone.

I used a search engine to learn more about him. He is a minister at Oak Ridge Unitarian Universalist Church.

The Rev. Jake Morrill grew up attending the Tennessee Valley Unitarian Universalist Church in Knoxville.  He spent his twenties playing in bands and working in group-homes.  In 2003, upon graduation from Harvard Divinity School, Jake was called as Minister to ORUUC, where he has happily served ever since.

Jake is a licensed therapist and a leadership coach. Following a Masters in Counseling from East Tennessee State University, he has studied for six years in the Post-Graduate Program at the Bowen Center for the Study of the Family (Georgetown, DC); he’s also on the faculty of the Bowen Theory Education Center.  From 2013-2016, he served as a Chaplain in the U.S. Army Reserve.  Since 2015, Jake has served as Executive Director of the Unitarian Universalist Christian Fellowship, which supports his own Christian spirituality, even as his own faith is strengthened by sharing community with Pagans, Humanists, Buddhists, and others.  A graduate of the Iowa Writers’ Workshop at the University of Iowa, Jake enjoys writing.  He published a novella, Randy Bradley, in 2011, by Solid Objects (published in French translation in 2013, by joca seria), followed by The Cherry Jar in 2017. In the Fall of 2020, Rockridge Press will publish his book, Unlocking the Art of Forgiveness.  Jake enjoys involvement in the larger Unitarian Universalist movement, having served as a Trustee on the Board of the Unitarian Universalist Association and on the Board of the Church of the Larger Fellowship, a large, online UU congregation.  In Oak Ridge, he has been an active collaborator, reaching across lines of difference to forge unity and partnership through many community efforts, including the Strong and United community organizing effort. He also enjoys acting at the Oak Ridge Playhouse, where he has appeared in productions of “Oklahoma” and “To Kill a Mockingbird.”

Jake’s wife, Molly, is a teacher, working with migrant families in agricultural communities in Tennessee.  Jake and Molly are the proud parents of two boys, who are students in the Oak Ridge Schools.

Jake says, “I’ve learned so much from ORUUC-ians: about resilience and humility, and compassion and service.  We’ve taken a lot of risks together.  We’ve learned.  We’ve grown.  It amazes me that, after over sixteen-plus years, I continue to learn from this community, and from the chance to serve with them.”

Next we have the President of the UU Humanist Association, sometimes called the HUUmanists.

That’s not much to look at. Moving on….to the Unitarian Universalist Service Committee. Reverend Mary Katherine Morn began her tenure as the president and chief executive officer for the Unitarian Universalist Service Committee in June 2018. She brings to her leadership a profound commitment to the work of justice and focus on building teams and resourcing a transformative mission through partnerships.

Previous to her denominational service, Morn served as senior minister of the Unitarian Universalist Congregation of Fairfax in Oakton, Va., and grew small, mid-size, and large congregations in five different states including Texas, Alabama, Washington, D.C., Georgia, and Virginia. Morn served on panels for the UU Funding Program and has also held various positions within the UU Ministers Association, including vice president of the executive committee. Morn was the president of Senior Ministers of large UU Congregations and the former co-chair of the UUA President’s Council. In 2014, she became the director of stewardship and development and special advisor to the president of the Unitarian Universalist Association.

Mary Katherine’s husband, John Rakestraw, is the director of Boston College’s Center for Teaching Excellence and they have one adult son.

Then we have the Church of the Larger Fellowship, which is an online ministry that appeals to UUs that do not live near a congregation or otherwise do not wish to join one. 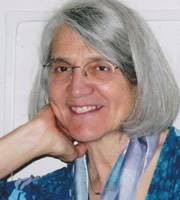 Next, we have the Covenant of Unitarian Universalist Pagans.

Then we look at the Unitarian Universalist Buddhist Fellowship.

Membership is handled by Richard Swanson, Treasurer of the UUBF.

Essays, poetry, artwork, and other submissions for UU Sangha can be emailed to Robert Ertman , the Editor.

Then we have the UU Women’s Federation.

There seems to be a subdivision in this group.

Celeste is currently the Secretary of the SWUUW’s Board. Celeste has been President of NTUUC (North Texas UU Congregations) and serves as Chair of the NTUUC Education Committee which plans conferences and training events.  She has held various Board and Program Board positions at Community UU Church in Plano, Texas, where she has been a member for over 20 years. In her “other life” Celeste holds a Master’s degree in Counseling and has been a trainer, program developer and administrator for the telecom and healthcare industries. Connecting people to interests and developing opportunities for people has been one of her focuses throughout her career. She has worked on PR for organizations and has produced brochures and other marketing publications.

If you support the concept of animal rights, the Unitarian Universalist Animal Ministry may be good for you:

The Rev. John Gibb Millspaugh, M.Div., M.P.A., is the grandson of Iowa farmers. His award-winning justice work has focused on modern slavery, LGBTQ rights, and climate justice. He led the team that organized over 400 congregations to collectively write and adopt Unitarian Universalism’s intersectional “Ethical Eating” statement in 2011, the first known instance of a U.S. faith adopting a position statement of its kind. John’s thoughts on social ethics have been featured in the Boston Globe, the Orange County Register, C-SPAN, and the Los Angeles Times. He now works as Executive Director of the Better Food Foundation and as Director of Educational Campaigns for Farm Forward. He looks forward to teaching his semester-long course Human Theologies of Animal Ethics at the Methodist Seminary in Ohio. John served UU congregations for 14 years. He and his wife and son live with their dog – who may or may not be a black Labrador mix – in San Diego, CA.

Next we have the Unitarian Universalist Ministers Association.

Then the are the Unitarians who are outside the USA, including those in the United Kingdom:

The coronavirus pandemic is revealing the need to do many things differently, including the role of the President of the General Assembly of Unitarian and Free Christian Churches.

The Executive Committee are delighted to welcome the formation of a new Presidential Team for this coming year. Rev Celia Cartwright, Anne Mills, and Rev Sue Woolley came up with the proposal to work collaboratively as a team for this year, due to the uncertain and difficult time of pandemic.

Had we been able to go ahead with our Annual Meeting as usual, we would have expected to thank Celia Cartwright for her year of service as President, and welcome Anne Mills as this year’s President, and Sue Woolley as Vice-President. Constitutionally, the President remains in post until the next Annual Meeting. Practically, the three will work together, responding to the needs of the Movement.

Individual churches may also have leaders too.

What sort of leadership do you want to have?