This is a blog entry devoted to a Baha’i “historian” and propaganda writer who used his fame among the Baha’is to get himself elected to the Universal House of Justice. His name was Adib Taherzadeh. 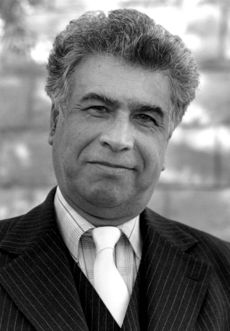 Taherzadeh was born into a Bahá’í Family in Yazd, Iran. He studied electrical engineering at the University of Tehran, pursued advanced studies in Coventry, England, and worked as the chief engineer of an industrial concern from 1950 until 1984. His dedication to the Faith can be judged from the fact that while he was studying in Coventry, he would take public transport to get to Birmingham, where the nearest Feast was being held, and at the end of the Feast, by which time of the evening there were no further buses, he would walk back to Coventry.

When I was a Baha’i. I bought two of his books, The Covenant of Baha’u’llah, and The Child of the Covenant: A Study Guide to the Will and Testament of ‘Abdu’l-Baha. The second book turned out to be a mere paraphrasing of the first rather than an actual sequel, thus I was tricked into buying a book I really didn’t need at all.

I lost both books after I deconverted, and thus was glad to discover that the text of both books have been posted online. All the better for me to dig them up and discredit them with logic, eh?