According to Rep. Trey Hollingsworth, between dying of the coronavirus and a recession, dying “is the lesser of two evils.” 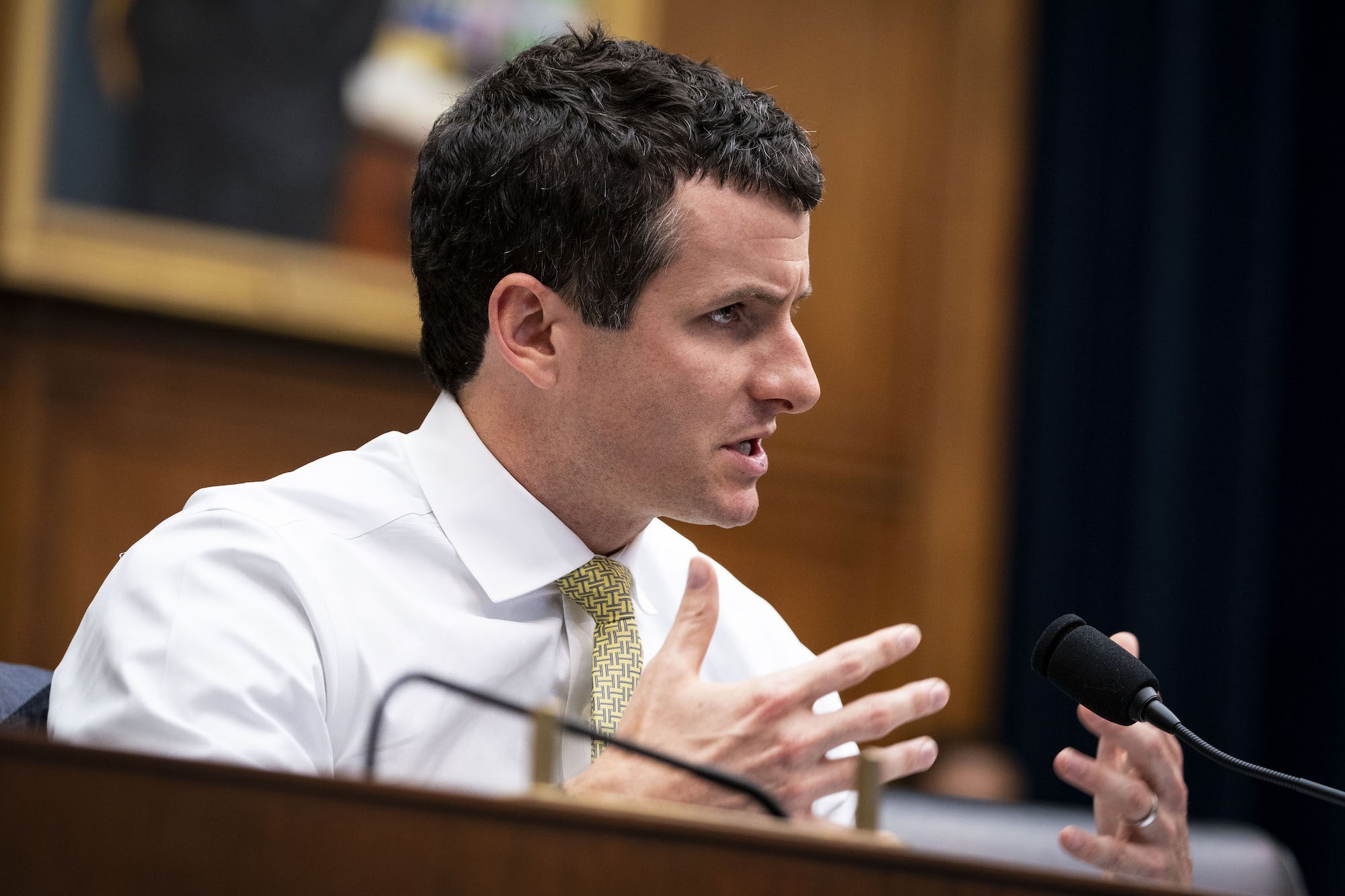 Even as the novel coronavirus continues to kill an incomprehensible number of people, many a policymaker, business leader, and president alike want to know one thing: How soon can we get people back to work and everyday life, and can it be sooner than whenever you’re going to tell me because honestly that doesn’t really work for my schedule or the economic platform I was hoping to run for reelection on. While Donald Trump wants to “reopen” the country as soon as possible, actually knowledgable person Dr. Anthony Fauci has said the government is “not there yet” when it comes to having measures in place that could conceivably allow some businesses to safely reopen, like significantly expanded testing capacities and the ability to trace every individual who has been infected.

Also urging caution are a number of Democratic governors, including New York’s Andrew Cuomo, California’s Gavin Newsom, and their counterparts in Washington, Oregon, New Jersey, and Connecticut, who have said that many other conditions will have to be met before relaxing restrictions, including the ability of hospitals to handle a spike in patients; a reduction in the exposure of vulnerable groups; a plan for businesses, schools, and other groups to implement social distancing measures; and a plan to reimpose restrictions if infections begin to rise again. And while we would absolutely hate to draw some sort of distinction between the approach of the two political parties, it would appear that whereas Democrats are urging vigilance, science, and an emphasis on preserving human life, the general take of Republicans might be summed up as: Screw it, some people are going to have to take one for the team. You’ve had a good run, but them’s the breaks.

On Tuesday, that take was summed up by Indiana congressman Trey Hollingsworth, who told a radio-show host that it’s Congress’s job to sit Americans down and explain to them that dying in a pandemic isn’t as bad as the havoc said pandemic is wreaking on the economy. “We are going to have to look Americans in the eye and say, ‘We are making the best decisions for the most Americans possible,’” Hollingsworth told WIBC. “And the answer to that is unequivocally to get Americans back to work, to get Americans back to their businesses.”

Asked by host Tony Katz how he will respond to the critics who will inevitably say he’s anti-science and is going to get people killed, Hollingsworth—who strangely did not mention which of his family members he’d be willing to let the virus knock off for the greater good—replied: “It is policymakers’ decision to put on our big boy and big girl pants and say, ‘This is the lesser of these two evils. And it is not zero evil, but it is the lesser of these evils, and we intend to move forward in that direction.’ That is our responsibility, and to abdicate that is to insult the Americans that voted us into office.” Sure, some might argue that the bigger insult is to suggest that people should be willing to die to save the economy—which won’t be in a great place if infections and deaths start surging again as a result of relaxed restrictions—but potato, potahto.

Hollingsworth—whose parents must have had a sixth sense that he’d give this interview one day when they named him Trey—is of course far from the only member of the Grand Old Party making such proclamations. In March, White House National Economic Council chairman Larry Kudlow said in an interview that “The cure can’t be worse than the disease, and we’re gonna have to make some difficult trade-offs” because the “economic cost to individuals is just too great.” Later in the month, Texas Lieutenant Governor Dan Patrick claimed on live television that “lots of grandparents” are willing to “take a chance” on their survival for the good of the economy, saying “Those of us who are 70-plus, we’ll take care of ourselves. But don’t sacrifice the country, don’t do that, don’t ruin this great America.” After all, it’s like the founding fathers said: “We hold these truths to be self-evident, that all men are created equal, and sorry if you’re over 70 or have asthma but I refuse to spend another Saturday not strolling the aisles of Bob’s Big Lots followed by a dine-in experience at the Cheesecake Factory, you selfish pricks.”

Bankruptcy and unemployment are lesser evils than DEATH, you bastard? Absolutely not so. If you are bankrupt, unemployed, or even homeless, you can reverse these problems. But you cannot rise yourself from the dead. And even sacrificing your lives would make sense if we were being invaded by an enemy army, instead of an extremely contagious virus. The best way to combat the virus is to stay home and avoid contact with people.  Rep. Trey Hollingsworth(less) is actually a TRAITOR!

We need to start auditing our politicians, because I suspect most of them, especially the Republican ones, own stock in corporations that are losing money in this present crisis. So……they want others to sacrifice their very lives so they can continue to make profits?! We should make it illegal for state and federal representatives to own stock in such corporations, to end the obvious conflicts of interests that result from them owning some of the very private companies the government is supposed to regulate on behalf of the people.

I can’t wait for November to come!  #voteoutallrepublicans