Before you read this, read my earlier critique of A Conversion to Mormonism.

Now I will share a story about becoming a Unitarian Universalist (UU).

A search for truth and meaning

I would not be the kind of person I am today if I hadn’t kept searching.

I discovered Unitarian Universalism around age 13, after a long and unsatisfying search for a spiritual community that matched what I felt I needed. I was newly separated from the faith I was born into and had never been more confused about what I believed.

My parents met at Baylor University, my mom a first-generation college student from a very poor Missouri family and my dad a first-generation immigrant who had just arrived in the United States after growing up in India and spending a few years in Nigeria. They were an unlikely match. My mom was raised Southern Baptist and my dad Muslim, further adding to their differences. When they got engaged, my mom converted to Islam so she could marry my dad. She had always been a religious woman and found herself quite liking the community that came with the Muslim faith, and once my sister and I were born, it seemed a given that we would be raised as Muslims. And so we were, and I have many fond memories of Ramadans, Eids, and Jum’ahs from the first thirteen years of my life. I never really had any problems with the principles of the faith or their manifestation in my life and in fact felt very connected to the Five Pillars of Islam and was proud of my faith.

A common feature about converts to Unitarian Universalism is that they come from families that are already interfaith (or at least the parents come from different religious backgrounds) and thus are already open-minded about religion even before they come to a UU church. I was raised a Southern Baptist too, BTW.

But at some point shortly after my maternal grandmother passed away, I started to question whether or not I believed in God, and I knew I needed to look within a bit more. I slowly started to accept that the belief in God was so central to Islam that I didn’t feel I could continue to practice it anymore. I told my father, who was understandably upset to hear his 13-year-old daughter make such a decision. Things were awkward between us for a short while, but at some point he came to me with words I’ll never forget: “Aneesa, I realize that in this situation, I can either be angry that my daughter has made a choice I likely won’t be able to change, or I can be proud that I’ve raised a daughter strong enough to think for herself and make her own choices.” Both my parents ended up supporting me in this journey, and I am eternally grateful for their willingness to let me search freely and responsibly for truth and meaning.

Assuming my theory about “spiritual orientation” is accurate, it is clear that hers was NOT Muslim at all and instead she needed to find a different religion to fit her needs. But if she had lived in a theocratic state like Saudi Arabia or Iran, she might have been given no choice in the matter. Indeed, in some Islamic states, leaving Islam can merit the DEATH penalty!

So began my journey to find something that suited me better. I went with a friend to her synagogue but didn’t quite find what I was looking for. I went to different churches with a few other friends but couldn’t quite get behind that either. I read about Buddhism, the Bahá’í faith, United Methodism, and almost everything in between. But nothing felt right.

The reference to the Baha’i Faith leaped out at me, for obvious reasons. I’d love to contact her and find out in more detail her impressions about it.

One day, while surfing the web in a last-ditch effort to find something I felt connected to, I haphazardly Googled “liberal faith community Bellevue, WA,” and stumbled upon a blog post about Unitarian Universalism. The author was reflecting on their first experience at a Unitarian Universalist congregation, and their description of the community seemed exactly what I’d been looking for. I found a UU church just a few minutes from my home and decided to check it out the next Sunday. One of my parents dropped me off, and I went in by myself. I was greeted immediately by a somewhat confused-looking member of the congregation who was wondering who I was and why I was there all alone. She asked me what I was looking for, and I said, fully expecting to be met with a weird look, “Well, I’m kind of Muslim, kind of atheist, and really confused, so . . . I guess I don’t really know what I’m looking for.” To my complete surprise, she put her arm around me, smiled, led me into the sanctuary, and said, “I think this is just the place for you.”

Can we bury forever the assumption that children below a certain age are incapable of making decisions on their own about things like religion or politics? Chances are that if she had entered a more conservative church, she might have been forced to deal with the police and then Child Protective Services. Only because she went to an UU church where children are clearly expected to think for themselves from the start was this teenage girl treated with the respect she deserved.

It was, indeed, just the place for me. I kept going back every week after that, and eventually roped my sister into joining me. She liked it, too, so we started going together, and at some point my mom joined us. One Sunday, timidly, my dad joined us as well and found himself enjoying it. Within about a year, the whole family was going, and I think it was a really good thing for us. We still keep Islam very close to our hearts, and it will always be a part of our mixed-up, complex family culture. But we are all very different people, and Unitarian Universalism gave us the freedom we all needed to develop our deeper beliefs and figure out what worked for us as individuals. It significantly changed the way I live my life. It made me more mindful and reflective, taught me to think more inclusively about the big picture, and opened doors to otherwise inaccessible opportunities.

I was recently shocked to learn that there were Islamophobes among UUs trying to drive a wedge between UUs and Muslims. I don’t think any of us should be tolerating those stunts after reading this story about people from a Muslim background becoming UUs.

One of these was Thrive, the UUA’s youth and young adults of color multicultural leadership school, which taught me about cross-cultural leadership and opened my eyes to several new aspects of my own identity. I co-led a workshop at the 2014 General Assembly in Providence, Rhode Island; have given several mini-sermons; and have a huge, incredible network of friends, mentors, and teachers within the UU community. I have also been forced to confront the reality that no institution is exempt from institutionalized systems of oppression. It was disillusioning at first to realize that even within something as seemingly perfect as Unitarian Universalism, white supremacy and other oppressive structures are not only present but prevalent. But this understanding has enabled me to more holistically work toward justice and liberation in all aspects of my life.

In a cult like the Baha’i Faith, criticism of the leadership would be forbidden and the critics would be expelled. No one has been expelled from the UUA as a result of controversies over racism or transgender issues that have cropped up recently. Instead, we work out those issues, openly and with an genuine effort to find inclusive solutions. And the leaders themselves openly admit to being wrong occasionally. Censoring dirty laundry is never good because it then never gets washed.

I wear a chalice necklace every day to center me and remind myself of what is important. I think often about how different my life would have been had I not discovered Unitarian Universalism, and I always find myself thinking that I would not be the kind of person I am today if I hadn’t kept searching until I found what felt right. Unitarian Universalism has truly changed my life and continues to do so—it challenges me, frustrates me, teaches me, informs me, calms me, and transforms me in ways I never expected.

I salute this beautiful young lady for her courage, intelligence, and dedication. I hope this story gets shared everywhere! 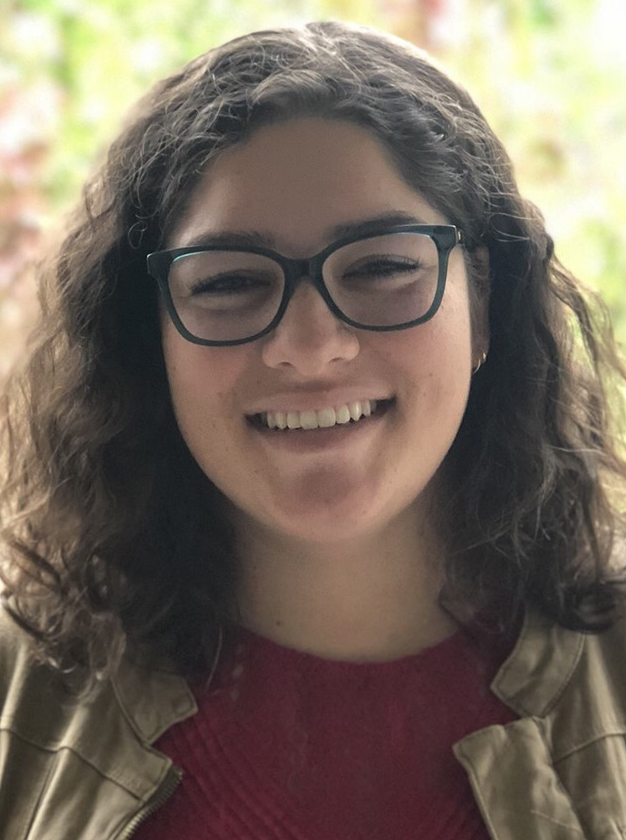 2 thoughts on “A Conversion to Unitarian Universalism”