Take a look at this story:
https://www.bleedingcool.com/2019/05/07/transphobic-attacks-comicsgate-label-transphobic/

The Latest Transphobic Attacks From Comicsgate Falsely Label Others As Transphobic

Comicsgate, the comics activist group that’s recently promoted a number of crowdfunded comic books, had an early history in making transphobic comments against creators like Mags Visaggio, Tamra Bonvillain, Lilah Sturges and Michelle Perez. The motivation seemed to come from the idea that some people weren’t getting jobs in comics while these people were, and that they were only getting those jobs because they’re trans. Added to this was the allegation that certain creators weren’t ‘really’ trans, and it was all just an act to get work from a comics industry that was so politically correct it would hire people without talent as ‘token’ hires, or supporting liberal, left-wing, even socialist comic book storylines, while denying work to straight, white, cis, conservative men. Richard Meyer‘s ‘Dark Roast‘ concentrated a lot of that sentiment, it gained momentum with a very vocal group and never really went away.

So what have a number of Comicsgaters done? Some have systematically removed any previous transphobic comments they may have posted, editing their profiles so that they now appear to identify as non-binary, changing their pronoun preference to they/them or similar – and then reporting any anti-Comicsgater who has referred to them as he or him (and it usually is he or him) for hate speech. And getting them suspended or banned off Twitter. It’s a deliberate misunderstanding and mocking of the common trans refrain of “to be trans you only have to say you’re trans,” which is meant to encourage people who don’t have the access or desire to medically or physically transition and reassure them that their gender is still valid and self-identification is more than enough.

One commenter spoke out on this issue in a truly brilliant way.

You’re sick. You and your CG buddies are repellent human beings who openly mock transgendered people and then try to gaslight people into thinking you’re the victims. Just because you personally don’t like someone’s work doesn’t mean that they’re “untalented” or “undeserving.” No one without talent gets work in comics just because of their gender identity. No one. That’s not how businesses run. That’s not how publishing works. People are hired, and books sell copies, based on talent first and foremost. In an earlier time, you and your ilk would have been complaining about “all them women who are taking men’s jobs” or before that, “all them black folk stealin’ the jobs of whites.” This bullshit tin-hat conspiracy theory that somehow terrifically talented artists and writers are being shut out by no-talents hired purely because they’re SJWs or from the LGBTQ+ community is absolutely nothing but sick jealousy on the parts of the never-will-bes. Take your rationalization and shove it up your ass. 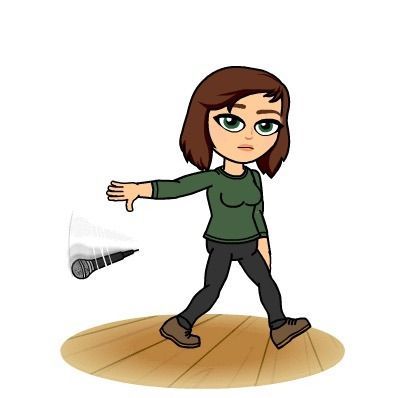