The story of Laci Green has been covered by me on the following blog entries:

I first heard of her when she was an atheist activist, but after a while she dropped that issue and focused on positive sex education instead, becoming very popular on YouTube. But now it appears Laci has abandoned the hard-core progressive views she once held and is attacking her former allies. Let me state that while I am disappointed in this development, I am not surprised; I suspect it was a delayed reaction to her being sent those insane death threats by the left-wing extremists on Tumblr. I hope those bastards are happy for having alienated her! END_OF_DOCUMENT_TOKEN_TO_BE_REPLACED

In an earlier blog entry, I referred to the Articles of Confederation as the ultimate expression of Libertarian thought and noted their complete failure. Of course, the term libertarian was not used back then; what we call Libertarianism now is merely a repackaged form of “classical Liberalism”, much like today’s Tea Party is merely a repackaged form of the “Religious Right” that plagued American politics in the 1980s. Same shit, different label. Now two channels on YouTube, Extra Credits and the Alternative History Hub, have teamed up to give the Articles of Confederation the public beatdown they so deserved but never seemed to have gotten. Why not? Perhaps because their failure shows that the Founding Fathers of the USA were not after all the nearly infallible saints they are often depicted as, though I suppose George Washington comes close. Anyway, here are those videos:

END_OF_DOCUMENT_TOKEN_TO_BE_REPLACED 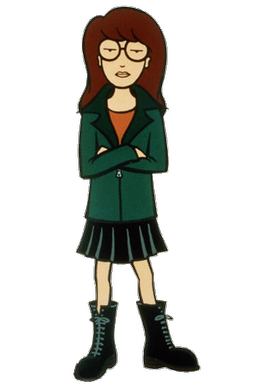 To the Rev. Susan Frederick-Gray,

Congratulations on your election to the leadership of the most liberal religious group in the world descended from Christianity. After the embarrassing end to the last Presidency several months ago, the slate has been wiped clean for you to add your own accomplishments, and perhaps mistakes, to it.

The most important thing I think you need to do in order to revitalize the UUA as a religious organization is to confront and completely dismantle deeply entrenched anti-Christian bigotry in it. As long as people outside the UUA see it as a place for atheists, pagans, and left-wing extremists, but not for Christians, the UUA will never be seen as a viable choice for those of Christian background who want to abandon and reject fundamentalist bigotry but still feel a spiritual orientation to the religion they knew as children and still have love for. Not everyone benefits from having their faith destroyed. As long as it is modified to be more realistic and inclusive for others, that should be enough.

Even though you are white, your being a woman should give you some idea of how you and others around the world may be discriminated against. Keep in mind that while black men got the right to vote in the USA after the Civil War, it was not until 1920 that women of all colors were also granted the right to vote as well. We must always strive to LEAVE NO ONE BEHIND including transgender people! I was deeply disappointed to learn that white men were still treated with favoritism in the UUA and am more than happy to see that the process of confronting unthinking racial biases among us is happening at last. It was indeed long overdue!

We must work harder over the next several decades to make Unitarian Universalism the next great world religion and that can happen when we speak out loudly about it. No longer must we think of ourselves as an “American” religion, but we must try to build up Unitarian bodies in other areas, including places where it was popular before. You should certainly endorse as much as possible the Church of the Larger Fellowship, using it a a vehicle for global UU evangelism, and the Unitarian Universalist Service Committee, which actually does good works in the world. The UUSC is the closest thing we have to missionary work and we need more of that!

As I see it, the version of the Baha’i Faith led by the Universal House of Justice in Haifa, Israel is the UUA’s most direct rival, having some values in common, but also some critical differences that make it necessary to draw clear distinctions between the two religions. Baha’i values were similar to those of the Unitarians and Universalists about a century ago, but since then it has degenerated into a cult of extreme dogmatism that makes it a threat to unsuspecting souls looking for a new spiritual home after leaving one they no longer feel comfortable in. The best way to counter the Haifan Baha’is is to establish or at least officially endorse a sub-division within the UUA for Baha’is who wish to think for themselves instead of being mentally enslaved to a body consisting literally of nine old men. There is already such a small community that the internet has made possible, it just needs some support. For more details, see:    http://unitarianbahai.angelfire.com/   and also:

With the election last year of the worst President the USA has ever had, we as UUs have a moral obligation to revive the spirit of civil disobedience pioneered by civil rights protesters in the past. Unless and until we are willing to be imprisoned for our ideals, they mean nothing. Together, we can change things for the better and in the process gain many new converts who want a refuge from the madness of right-wing politics. Even in “red” states like Oklahoma and Texas, UU churches thrive.

Please consider creating a cable TV channel devoted to Unitarian Universalist programming. We already have a strong presence on YouTube, so such a channel is the next logical step. For ideas on what content we can make for it, look at the example of Democracy Now. Of course, that is liberal politics, but where is a channel for liberal RELIGION?

The UUA must look into forming strong alliances with other liberal religious groups, and not just the United Church of Christ, the UUA’s closest spiritual relative. Also join with non-religious groups like the American Humanist Association that are not so infested with anti-religious extremism and other forms of bigotry that they are a disgrace to humanity. Many feminists and non-white people that may be attracted to atheism find themselves repulsed by bigots who are also well-known atheists in social media. We can provide them an alternative.

I wish you the best of luck over the next six years.