Inna Hudaya was a woman in trouble. Lying in a shoddy hotel room, she squeezed her eyes closed as an old woman performed an abortion on her with no anesthesia and no painkillers. They barely spoke a word after the exchange of money — a lot of money, money Hudaya had borrowed and for which she had sold many of her possessions including her motorbike to repay. This, Hudaya thought to herself, is how I will die.

But what else was she supposed to do? She was 22, pregnant, unmarried, and living in Indonesia, a country where abortion remains illegal in nearly all cases and out-of-wedlock pregnancy is intensely stigmatized. A medical student, Hudaya was just getting a toehold on a life she hoped would keep her out of Tasikmalaya, the conservative city she fled after high school. Having a baby would mean the end of everything: her studies, her relationship with her family, her freedom.

The procedure ended, and Hudaya walked out of the hotel room alive. The pain, though, persisted. Her relationship ended. A close relative disowned her, telling her it is a sin for a woman to kill her own blood. For years, Hudaya had the same dream: a baby chasing her, crying.

One of my problems with people who want to see or keep abortion banned is their stigmatization of both having an abortion and engaging in sex which leads to the pregnancy in the first place. Then they claim that the emotional entanglements involving abortion justify their attempts to outlaw it. To me, that is like claiming that banning guns makes the use of guns necessarily a bad thing. “If you outlaw guns, only outlaws will have guns,” claim opponents of gun control. Same difference! Did it ever occur to these fanatics that it is their attacks on women who have abortions that is the real problem rather than abortions themselves?

It’s easy to judge people when you don’t have to worry about your sex drive every day because you have a partner in marriage as an outlet for that drive. What about the unmarried? Most of them cannot simply turn off their sex drives! Unless you are willing to sanction parents arranging marriages for their children to ensure they have mates soon after puberty, you have no practical solution. And that sort of marriage is sexist. Young people, especially girls, should be allowed to choose their own mates, or we might as well have things like this everywhere:

Returning to that story:

In the four painful years following her own abortion, she searched for help online, coming up largely empty in her home country. Then she found websites of American pro-life groups, promising to help women relieve post-abortion grief, soothe emotional and spiritual wounds, and find healing, joy, and forgiveness after abortion. She emailed them, and the informal care they offered set her on the path to recovery.

Hudaya started Samsara to provide Indonesian women with the kind of post-abortion counseling she received from those pro-life ministries. But the more women called the hotline, and the more Hudaya talked with women’s rights advocates from around the world, the more she began to doubt the pro-life model. She also began researching pregnancy development and, having never had formal sex education, was stunned to see that a six-week-old embryo — the point at which she had her own abortion — looked nothing like the gruesome photos she saw on pro-life websites, and nothing like the crying baby that flashed through her dreams.

At a training in 2009, Hudaya heard about the concepts of human rights and gender equality for the first time. “Not everyone will end up the same like us if they go through abortion,” she said. “And actually, if they can have safe abortion, they don’t need to go through this depression. I think that was the turning point [for me] from pro-life into pro-choice.”

That’s what happens when anti-abortionists are willing to lie in order to justify their positions and actions.

Here are more statements from that article:

“In a good way, I learned from [the pro-life counselors] how to forgive myself, how to deal with my problem, how to reconnect with myself,” she said. “But I think the worst part is to think it’s a sin and that I have to regret it. Because now when I have to think about it again, I think that is one of the best decisions I ever made in my life.”

Students say that on campus, fliers ask women if they’re pregnant and then list a phone number to call. One young woman says her teenage friend had an abortion just a few months back; without access to contraception, she was soon pregnant again, a broke, unmarried student without many options.

Abortion would be much less of an issue if ALL girls and women were granted easy access to CONTRACEPTIVES! The real problem is that according to dogmatic Abrahamic religions, not only is abortion is sin, but also the act of engaging in premarital sex itself. And that is because among the tribal societies from which all those religions are descended, marriages were indeed arranged by parents, so the “sin” was rebelling against the parents themselves. Since most marriages across North America and Europe are NOT arranged by parents, there is absolutely NO logical basis for calling premarital sex a sin! Therefore, we MUST promote contraceptives to reduce the number of abortions.

Even health-care professionals often don’t seem troubled by the dire situations young women face. In November 2015, a general surgeon at a hospital in Yogyakarta who often treats pregnant women said that the week before, a 13-year-old girl came to see him, pregnant. His first reaction: “Congratulations.”

He asked if she was married, but not about potential rape or incest. “The most important thing for me is to motivate her to continue the pregnancy,” he said. “Why she got pregnant is her business.”

According to UNICEF, girls who give birth before their 15th birthdays are five times more likely to die of pregnancy-related causes than women who have their first child in their 20s. They’re more likely to suffer debilitating injuries. They are often trapped in extreme poverty. And their babies are more likely to die.

“Oh, yes, she’s a high-risk pregnancy,” the doctor said. Mentally, he said, she’s still a child, and having a baby means she’ll have to drop out of school. Physically, her pelvis is small, which could make birth dangerous. But, he explained, none of that justifies an abortion. “If she kills the baby,” he said, “that is a double sin.”

Indonesia is a Muslim dominated society, and Islam is a profoundly sexist religion. Just like Christianity and Judaism before it.

BTW, this is what a fetus at six weeks of pregnancy, the one that Hudaya had aborted, looks like: 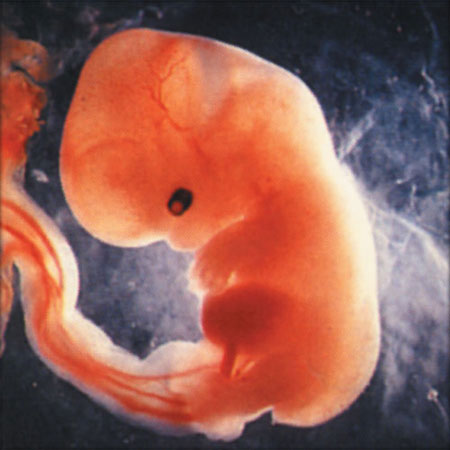 And this is what a newborn baby looks like: 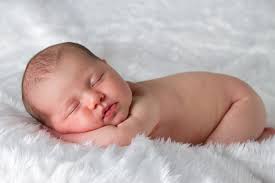 They do not even closely resemble each other.

Indeed, as long as an embryo or fetus is not known to have any ability to survive outside its mother’s womb, it cannot be considered autonomous in any way. Abortion does not kill a baby, it prevents one from being born. A “baby” could only exist at about 22-26 weeks of pregnancy when a fetus first becomes viable. To be sure we do not abort a viable fetus, I’d accept abortion being banned after 20 weeks…..no earlier.

So……why are we in America even having this debate, decades after the Roe vs. Wade Supreme Court decision that should have settled the matter? Because we keep letting dogmatic and sexist religion distort our thinking rather than deal with REALITY!

And within that reality, there is a perfect solution to the problems of abortion, not just in America but around the world:

Misoprostol was developed in 1973 and is still used to treat ulcers and to stop postpartum bleeding. A warning is often listed on the packaging of misoprostol ulcer medications: poses a serious risk of miscarriage. By the late 1990s, women had gotten wise to that side effect and were using the drug to induce abortions. Today, misoprostol, sometimes in conjunction with drugs such as mifepristone or methotrexate, is one of the most common methods of abortion in the world.

Misoprostol’s efficacy for safe abortion and for hindering hemorrhaging during birth has placed it on the WHO’s list of essential medicines. About 85 percent of women who use the drug up to 12 weeks of pregnancy and according to WHO guidelines have successful abortions. If women take misoprostol in combination with mifepristone, a drug that blocks the effects of the hormone progesterone, first-trimester abortions are 95 percent effective.

When medication abortion was approved by the U.S. Food and Drug Administration in 2000, abortion rights advocates cheered: Finally, there was a way to allow women to have safe, early abortions at home, away from clinics where protesters besieged pregnant women and where, sometimes, abortion opponents shot at employees and patients, or sent anthrax, or set off firebombs.

These hopes have not come to fruition. Medication abortions make up less than a quarterof abortions in the United States, in large part because the anti-abortion movement has targeted abortion-inducing pills. Some states legally require that doctors adhere to outdated medical regimens, or make a woman be physically in the same room as a physician when she takes the first tablet, or compel her to return to the clinic several times over.

Misoprostol’s off-the-books use, however, has radically transformed the experience of self-directed abortion. Pre-Roe, there were safe but clandestine abortion providers motivated by a concern with women’s health, but there were also a number “back-alley butchers” cashing in on desperation, sometimes killing women in the process. The coat hanger became a symbol of an era in which women often inserted those metal hooks into their vaginas to induce abortions.

Today, complications from misoprostol occur in about 1 percent of cases if the drug is taken within the first 12 weeks of pregnancy. They are rarely fatal.

Indonesia is one of the countries where medication abortion has, at least anecdotally, changed everything. In 2011, Samsara began telling women where to get it. Now, when women call back after their abortions, they marvel at how easy it was.

“Misoprostol is revolutionary,” Hudaya said. “That is the magic pill.”

Actually, ending for good the influence of dogmatic and sexist religions over women’s lives would be truly revolutionary. Let it be so!