The basic conflict between conservatives and liberals can be illustrated by the following pie charts.

In the first, we see a typical arrangement in which a certain class that is privileged gets most of what they want, leaving only a little for members of a non-privileged class.

A truly just society, one that liberals would favor, would have an arrangement like this: 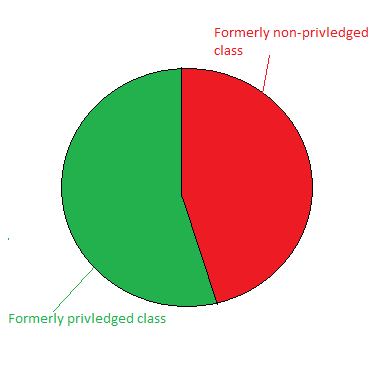 But this would cause the formerly privileged group to have less, which would go against their interests. But what if we could enlarge the amount of resources so that everyone could have more?

Sounds ideal, no? But conservatism depends on social inequality, so instead they might push for THIS instead!

It does not matter how large or how small the pie is, as long as a privileged class gets most of it, period!

Maybe that explains this:  https://dalehusband.com/2009/07/13/the-absurd-scam-of-reaganomics/