The Center for Inquiry hosted a conference for women in which it’s CEO, Ron Lindsay, made a total idiot of himself and offended a LOT of the women (and enlightened men) for whom the conference was made by implying that feminists who wanted men to listen to them were no better than the men who were being disrespectful to them.

The fallout from that just keeps getting more hilarious.

The mission of the Center for Inquiry is to foster a secular society based on science, reason, freedom of inquiry, and humanist values.

The Center for Inquiry, including its CEO, is dedicated to advancing the status of women and promoting women’s issues, and this was the motivation for its sponsorship of the two Women in Secularism conferences. The CFI Board wishes to express its unhappiness with the controversy surrounding the recent Women in Secularism Conference 2.

CFI believes in respectful debate and dialogue. We appreciate the many insights and varied opinions communicated to us. Going forward, we will endeavor to work with all elements of the secular movement to enhance our common values and strengthen our solidarity as we struggle together for full equality and respect for women around the world.

Reading that, I was suddenly reminded of THIS. And seeing empty rhetoric from ANYONE enrages me; it’s a form of dishonesty I would never have expected from secular people, unless they are corrupt and trying to cover their @$$es.

So no wonder Rebecca Watson answered with:

I’m boycotting and I hope you do, too. I’m not giving any more of my time or money to Center for Inquiry, just as I’ll no longer give any time or money to the JREF and Richard Dawkins. But in addition to this personal decision I’ve made, I’m actually asking you to do the same. Do not support an organization that does not have the courage to stand up for women.

One non-theist organization that has consistently supported women is the American Humanist Association.  It even has a dedicated Feminist Caucus. Rebecca should join that! 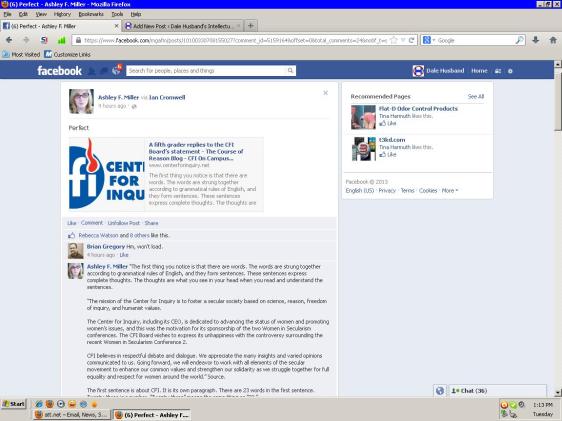 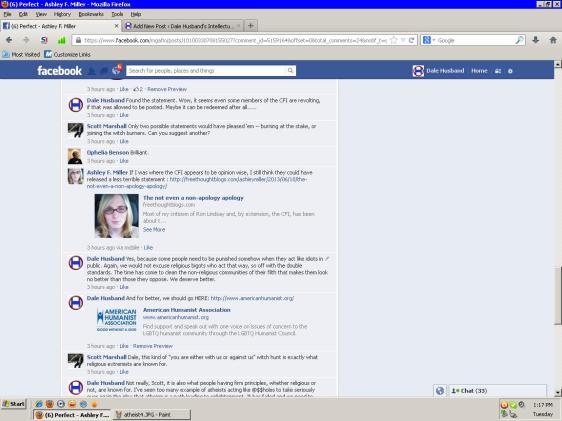 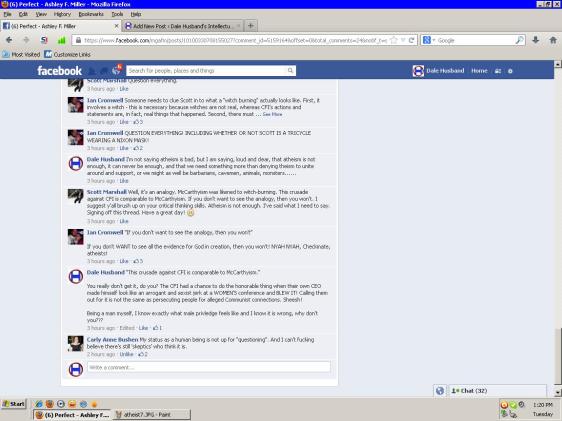 So it seems that the battle against sexists who happen to be atheist (and who use their twisted concept of free inquiry to justify being @$$holes) will continue for a long time to come. Their rhetoric is effective, if you are inclined to swallow it.

In response to all that, I did:

And if “atheism” is literally nothing, not even a dogma, why bother with it? Maybe we should just throw the word “atheist” right out of the dictionary too!